Like our work? Arrange a meeting with us at our office, We'll be happy to work with you!

The aim of the contest of ideas was to trasform the area of the ex-industrial factory in a focal point, promoter of production and creativity, not only for the Mirafiori urban area, but also for the all city of Turin.The winner of the contest was the group guided by Recchi Engineering s.r.l vith LAND s.r.l  PICCO architetti , + Studio Architetti Associati and Immagine e Territorio – Strategie e Strumenti S.a.s.

BUBBLES FOR ALL. This is the slogan wich recap the basical concept of the winner proposal, characterize by the afterthought, which was not just looking at the functionality, but also at the inner morphology of the area: the pervading ladscape becomes the structural element of the plan and is the most important point which  defines the new interior- exterior approach.

The main theme is about the historical industrial past, which it mustn’t be forgotten: the contest area becomes essential to develop a new urban polarity,giving back a better place tot he city, with an unconventional mix of functions.

The willing of the start-up bubbles and creative labs is to refresh the industrial tradition of the site: the purpose is to create a connection between the fluid design organic forms and the strict industrial grid.The start-up bubbles will be integrated with co-working  spaces and a dedicated area for the emotional automotive. All this will participate to create a dynamic working space.

A huge covered square, polifunctional and fixible, dedicated to sports, leisure and sociality will be the beaing hearth of the entire space, meanwhile a urban nursery and a great open air space will inspire for a new urban experience. 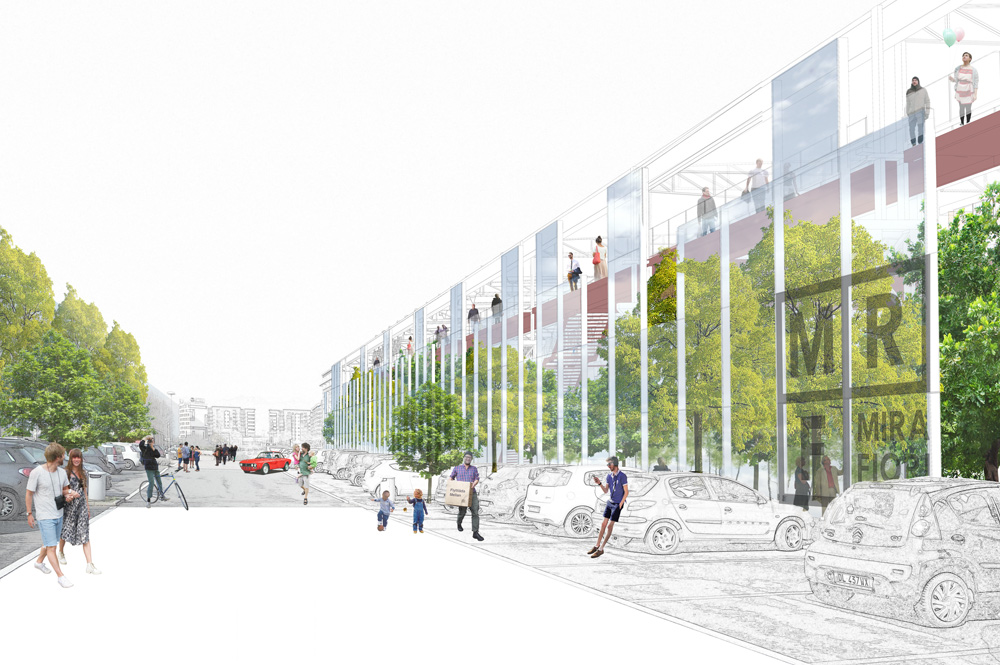 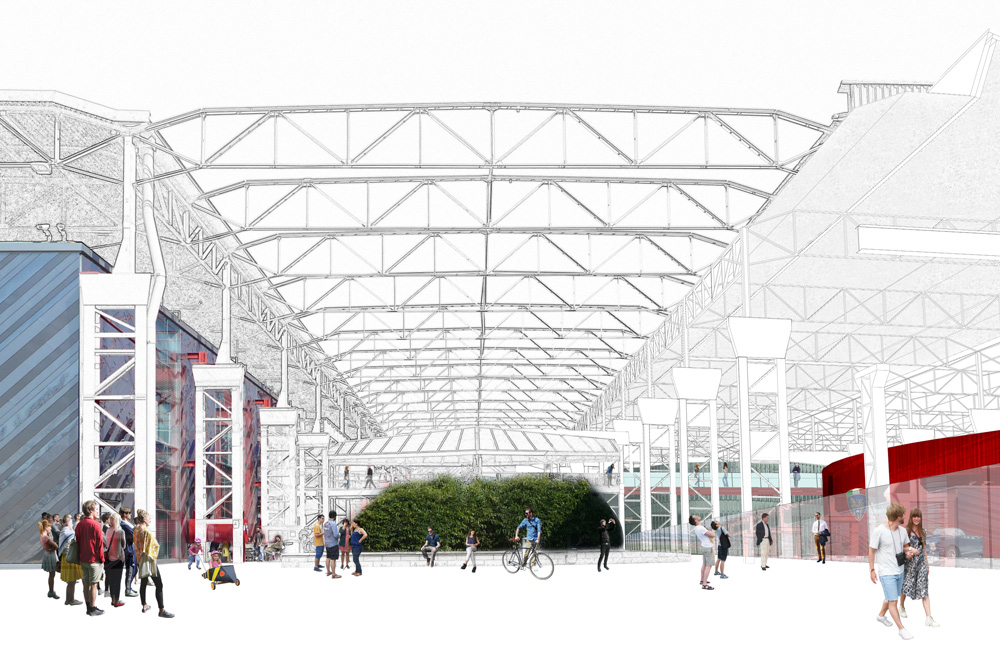 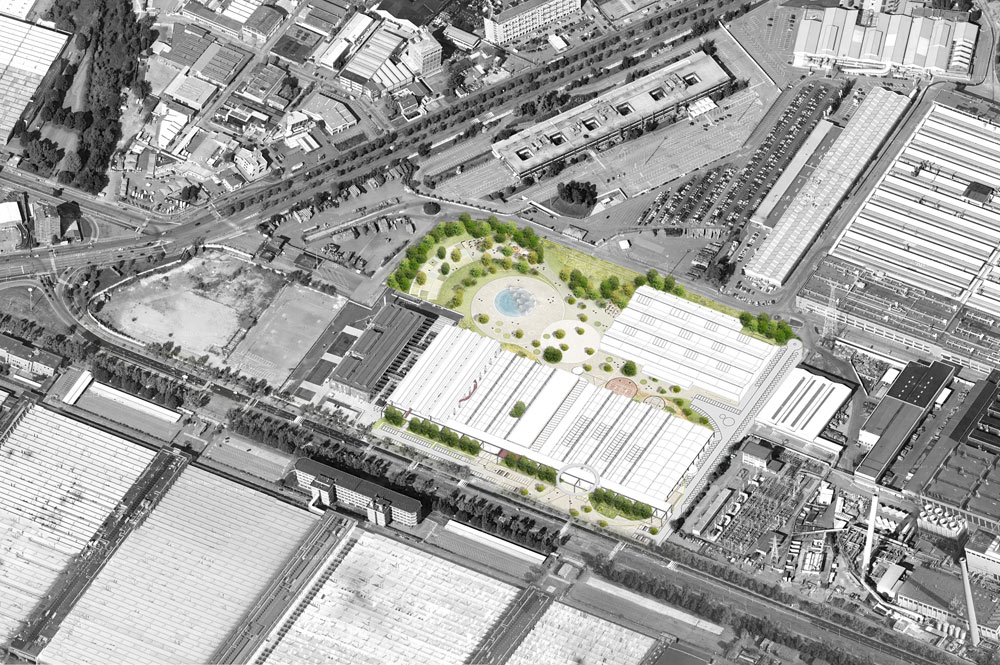 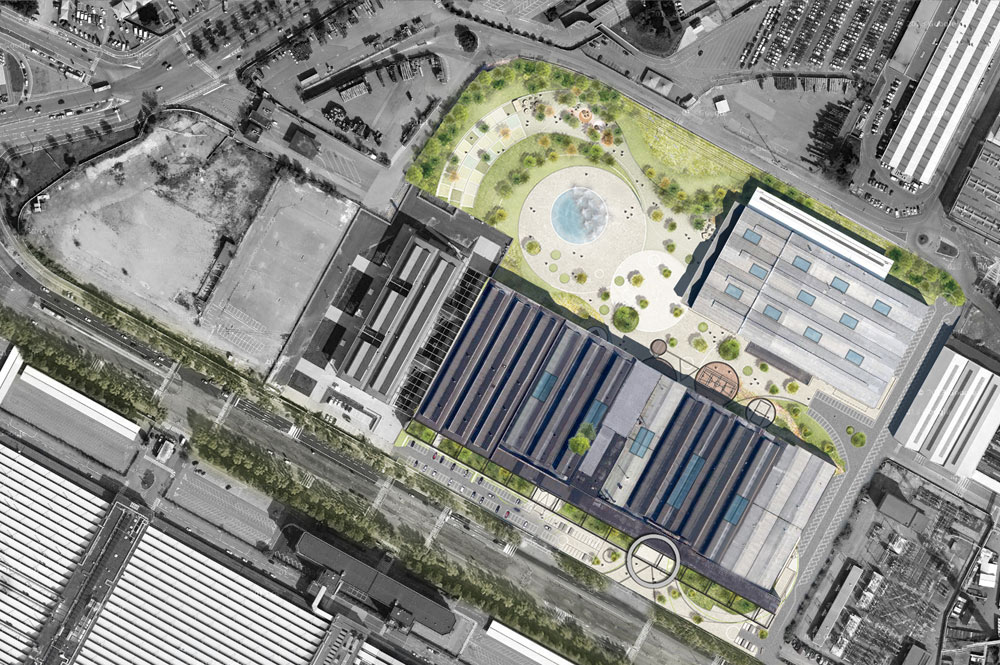 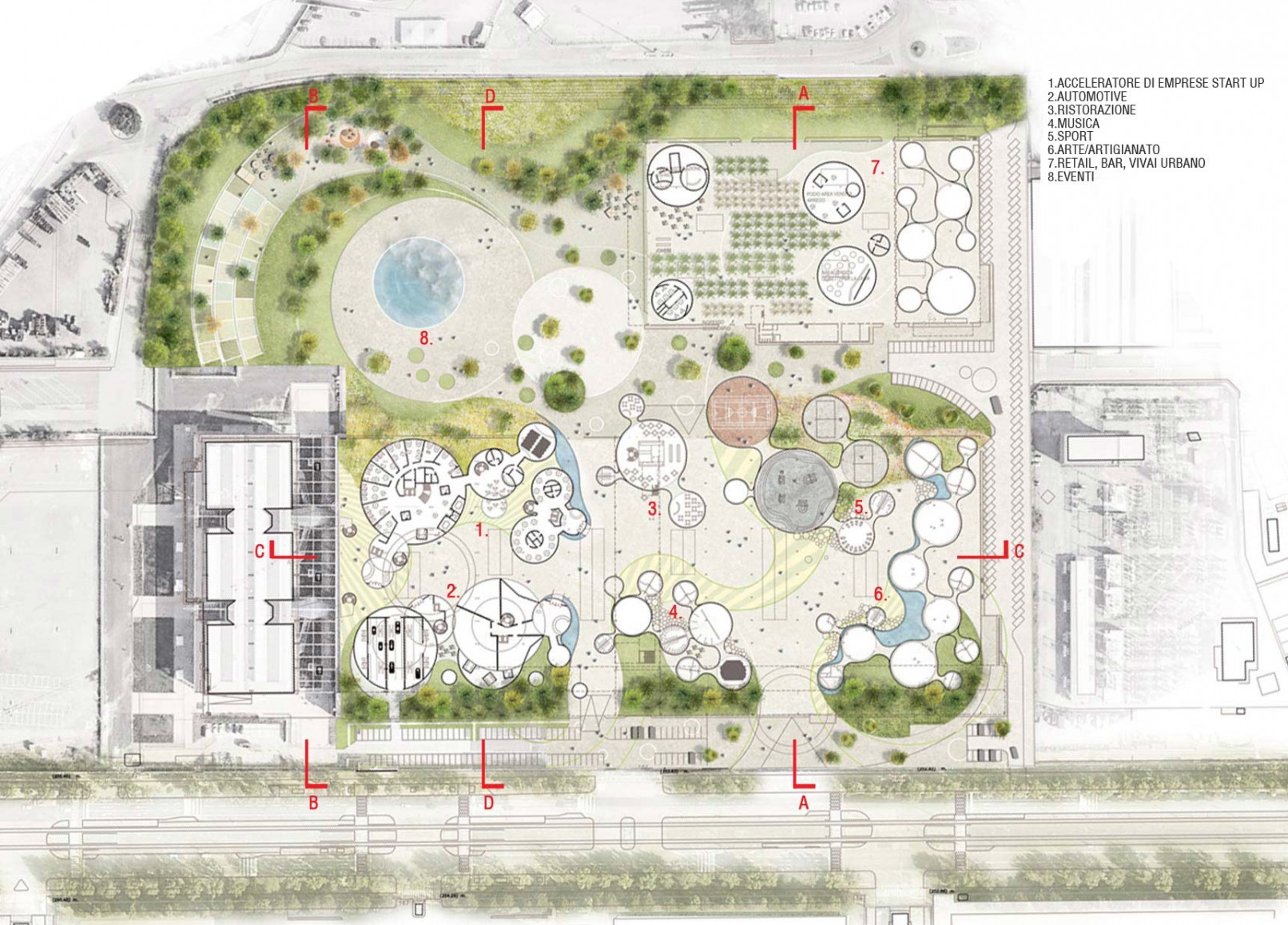